Explorers of the Azure Sky is an enhancement hack of Explorers of Sky inspired by ones of the main series like Drayano's Renegade Platinum, featuring:

- A new take on the story of Explorers of Sky, staying faithful to the original while also featuring a far more active player role, as well as an attempt at interconnecting the PMD world.
- Most Pokémon have had their movesets, typings, abilities, and even IQ groups changed. A full list of the changes made to every Pokémon can be found in the zip file.
- Eevee has replaced Phanpy as a male player option, and Growlithe has replaced it as a partner. Sorry Phanpy fans!
- A Friend Bow is given to you at the beginning of the game with the other two items you get, in order to help recruitment!
- Liked the L + A/B/X/Y move system from later games? Don't want unnecessary tutorials shoved in your face? Want to have a partner of the same type as you? You can, with the patches made by End45!
- Want to control your teammates in the middle of battle? Now you can by pressing Select, with the Complete Team Control patch by Cipnit!
- The Fairy type has been added, along with Fairy gummies, thanks to Irdkwia! The gummies have been added to the dungeon and Kecleon Shop item pools, as well as job rewards.
- As such, the Fairy type has been given to Pokémon from Generation 6 onwards that have become Fairy type, as well as to plenty of new Pokémon that didn't have it before!
- Fairy type moves have been added as well, with custom animations. These include Moonblast, Play Rough, Dazzling Gleam, and more!
- The experience share system from Gates to Infinity and later, once again thanks to Irdkwia!
- New Pokémon, including Alolan Vulpix and Ninetales, Sylveon, the Snivy line, and the Flababe line. These are all I can add for now, given the limitations in adding Pokémon, but more are planned!
- Most of these new Pokémon have been added to dungeon encounter tables. If you're looking to recruit them, they can be found in various dungeons both in the main story and postgame. Keep an eye out!

I have plans to create a ProjectPokemon page eventually! For now, if you're interested in following my progress, I'll likely be posting it in the SkyTemple Discord as it happens. Keep an eye out! Feel free to ask me any questions there too. 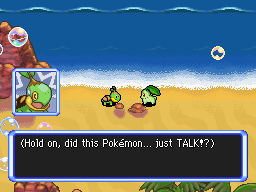 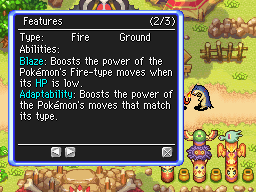